Ten years ago I was lucky enough to be invited to an S.J. Tucker house concert in Salem, Massachusetts. I had been a fan for a few years by that point, and it was a magical night of music and good company.

S.J. Tucker’s music has this wonderful, faery charm and I can’t stress enough how good it is. Each album has its own sound, and purpose. Some are more spiritual and pagan-focused, others play a different direction, but every one of them is good.

When I heard Sooj had recorded an audiobook I had to jump on that. Then I found out it was a true crime story about an incredibly complicated woman who exacted revenge on the man who killed her father and I was even more excited.

Daughter of the White River by Denise White Parkinson is like a roller-coaster, in all the best ways. From soft, tranquil moments of southern charm, to wild, heart-racing murder and prison escapes, this story has everything a true crime fan could want.

Parkinson offers us a story of crime and poverty that begs us to question what we view as justice.

S.J. Tucker’s reading performance is beautiful and soothing. I hope I can experience many more audiobooks read by her.


What I’m reading next:

The Testaments by Margaret Atwood


Another book I recently read and loved: 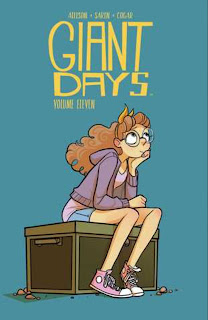 Giant Days, Volume 11.
(I have loved this entire series.)

What are you reading?
Posted by Katrina Ray-Saulis at 8:20 AM No comments:

Alright, so today’s woman isn’t an unknown feminist. In fact, she’s probably one of the most well-known feminists in history. But she’s always worth a closer look, in my opinion.


Posted by Katrina Ray-Saulis at 4:41 PM No comments:

Catching Up on Women’s History Month

Things got a little behind so here’s a few women in one post for you!

First, the Notorious RBG. Ruth Bader Ginsberg has moved women forward legally for decades. She saw the long-game from the start. I highly suggest the recent documentary about her, RBG.

Of course, there are a thousand other places to find info about this incredible woman, but it’s just a really good film.

Next, let’s stick with the SCOTUS thing. Judge Sonia Sotomayer was the first latina judge appointed to the Supreme Court. Read more about her.

Frida Kahlo is always worth a look. I can’t even begin to describe how amazing she is. The most notable thing for me, though, is that all my friends know who Frida Kahlo is. I’m not sure many of them could name her husband, even though when they were alive he was the celebrity, and she was seen as his “little wife” who dabbled in art.

Jovita Idar was a journalist, a Mexican-American activist and supporter of women’s rights.

Lilian Bland was the first woman to design and build an airplane and she’s pretty amazing!

Alright, hope that was a good makeup for the few days I took off. Who are you learning about this month?
Posted by Katrina Ray-Saulis at 8:55 AM No comments:

Today is International Women’s Day and today I want to focus on a living woman who is doing amazing things for women.

She backed out on a movie becaues she wouldn’t work with Lasseter.

She’s doing a lot today for women and showing her cards as an ally on a regular basis. She’s pretty awesome.

Celebrate yourself today, too! Happy International Women’s Day!
Posted by Katrina Ray-Saulis at 1:50 PM No comments: 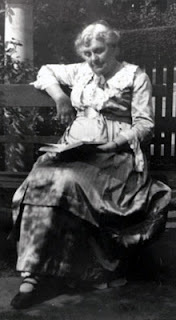 How about an environmentalist? I’d like you all to meet Anna Botsford Comstock.
Britannica

Katrina Ray-Saulis is a writer living in Maine. She has a BFA in Creative Writing from the New Hampshire Institute of Art. Katrina lives with her wife, fellow writer and artist Trisha Ray-Saulis, in a 200 year old house that was once used as the local undertaker. She thrives off of coffee and literature and uses sitcoms to quiet her overactive mind.